From the stunning coast line to the Amazon River and Rain forest, Brazil offers amazing destinations throughout. Want to learn more about this amazing country first hand? You can with our high school study abroad programs!

Our High School Exchange Program in Brazil will enable you to immerse yourself in Brazilian culture while living with a Brazilian host family and sharing in their daily life. As a family member, you will participate in activities and adapt to the family rules as if they were your own. You’ll also attend the high school nearest your host families home.

From geographic size to resources, everything about Brazil is big. Brazil is the fifth largest country in the world, larger than the continental United States (that means excluding Alaska and Hawaii). With forests that cover more than 65% of its territory, Brazil is home to the world’s largest tropical rain forest – the Amazon – which possesses rare plants used for modern medicine. Brazil also has one of the most diverse animal populations in the world.

The most famous of Brazilian cities is, of course, Rio de Janeiro. The soft blue seawaters and the huge statue of Christ with his arms open wide inspire tourists the world over. Brazilians are considered friendly, warm people and open to other nationalities. In fact, Brazil is made of a mixture of cultures, especially Native Indians, Africans and Europeans, these ones coming mostly from Portugal, Spain, Italy and Germany.

Apply early and get a discount! Submit your application 45 days before the deadline to receive an Early Bird Discount.

These are the approximate start dates. Exact start dates will be provided closer to your arrival.

Final Deadline to Apply: May 1st

Discount of up to $500 for children of ISE Area Representatives

Earn a discount for documenting your experience on select programs.

What's Included In The Program

The school year in Brazil begins in February and ends in November. There is a one-month vacation in July, and Summer vacation is in December and January. There are holidays like Carnival in Feb/March, and Easter too.

At most, public schools, students either attend classes in the morning, afternoon or evening. At some private schools, they may have morning and afternoon classes. Some schools also have classes or exams on Saturdays.

Upon arrival in Brazil, you will receive a full cultural orientation. The orientation will cover all aspects of the exchange program as well as go over the student handbook. It will include a basic introduction to the culture, country and way of life in Brazil.

Students coming in January or July can plan to participate on one of Belo Tours trips with destinations such as: Rio de Janeiro, North-Eastern Coast, Amazon, Pantanal, Buenos Aires (Argentina) etc. These trips are offered only to exchange students in Brazil and their host siblings.

The trips are optional (not included in the program price).

How can my child's mental health impact their program?

Moving away from your support network and into a new and unfamiliar environment can be difficult even for the most well-adjusted students. Students with pre-existing mental health conditions may find this adjustment particularly challenging, which could worsen any issues they were previously facing. In order to ensure the safety of our participants, we conduct a thorough screening of all applicants to ensure they are in the right mindset to participate. While the majority of students are eligible to participate, we may not be able to accept students who have recently struggled with mental illness and/or are reliant on medication to treat mental illness in certain circumstances. Pre-existing mental health conditions include, but are not limited to:

Will the program help my child mature?

For students prepared to take on the challenge, absolutely. It is, however, important to consider a student’s level of maturity prior to the program because it directly impacts their success.  Ideally, our programs will push students beyond their comfort zone and into what is referred to as their stretch zone. It’s in the stretch zone that learning, growth, and development - along with challenges and risk - occur.  If a student is not ready and/or willing to move beyond their comfort zone, plunging into a new and unfamiliar environment could actually have an adverse effect and place them in what is referred to as the panic zone.  Parents should make an honest assessment of their child’s maturity level and understand that study abroad will not fundamentally change their child’s personality or behavior when considering the program.

What kind of support will my child receive?

While abroad, your child will be fully supported. First, they will receive a personal Program Manager to assist with everything from the initial request to your child’s departure. Then, they will be supported abroad by a dedicated Local Coordinator who will frequently check in on the student and provide monthly progress reports. Your child will have the contact information of their Local Coordinator and can contact them at any time. There is also a 24/7 emergency line managed out of ISE headquarters.

Can our child come home to visit, or can we visit them?

No. Visits of any kind are not allowed during our programs. If you plan to visit your child, you should plan to do so after the program has ended.

Where will my child be placed?

The vast majority of our participants are placed in small to medium-sized towns outside of major cities. They may not be living in the most “touristy” areas, but as long as participants are open-minded they will be treated to a truly immersive and authentic experience.

If I Must Take a Required Class, Can You Guarantee I Can Take It Abroad?

We can’t offer any guarantees that certain classes will be offered at your host school. We can provide you with general curriculum information, but often students are not able to sign up for specific classes until after they arrive in the host country.

Can I take the SATs while abroad?

If I already graduated, can I still participate?

ISE’s Travel & Study Abroad Program will take your academic, career, and life opportunities to new levels! College admissions and employers love compelling personal growth stories, and Travel & Study Abroad will supply you with those stories.  Some of the many benefits of participating in our programs include: Academic & Career Benefits Personal Benefits

Since 1982, our nonprofit organization has remained committed to educating future leaders and making a positive, long-lasting impact in communities.   To make cross-cultural experiences accessible to more people, we offer the best pricing available to our participants...and we do so without compromising the quality of the experience or level of support offered.    We assign each participant a personal Program Manager, so you’ll receive assistance throughout your entire program experience by someone you know by name. We also provide 24/7 support from our dedicated Student Services Team.   Lastly, the trusted international organizations we partner with have been trained and certified over the course of many years working to provide study abroad programs

What do colleges think about travel & study abroad?

“The summer abroad experience does lend itself to some very important essays that students write.” Deputy director of admissions for the University of Texas  “A lot of schools, including ours, are looking for a diverse perspective, and international experiences lend themselves to that.” - Admissions Advisor, University of California “Anything that makes your application stand out is a good thing.” - Admissions officer, University of Chicago “Not only does studying outside the United States help build necessary language fluency for all college-bound students, it shows those headed to elite institutions will go outside their comfort zone and expand to meet the challenge. Nothing speaks to the ethics of those institutions quite like a commitment to that kind of excellence and personal achievement.” - Admissions Advisor, New York University

First and foremost, program candidates should be mature, open-minded, and adaptable. Wondering if our Travel & Study Abroad Program is right for you? Check out our article Should You Study Abroad? 8 Signs You’d Make a Great Exchange Student to find out!

When can I travel & study abroad?

Where will I be living?

Is airfare included in the program price?

We don’t include airfare in our pricing because we know that allowing people to shop around for the most competitive rates and convenient airport locations is best. Not to mention you might have frequent flyer miles that you could use towards the purchase of a ticket, why take that opportunity away? You may see other programs that include flights, but it should be noted that often these flights will cost more than what participants could find on their own and/or depart from less convenient locations.

Is insurance included in the program price?

Yes, a travel medical insurance policy is included in the program price for all participants.

Am I required to speak another language?

To attend a high school you must be sufficiently proficient in the native language of the country you would like to visit, but you don’t have to be fluent. Your language skills will improve quickly once you are culturally immersed!  Don’t speak another language? Don’t worry - we offer several programs in English-speaking countries.

What is the application process?

We try to make the application process as simple as possible. Here are the steps you should follow if you’d like to apply:

Rose Hawkins, Regional Director at International Student Exchange (ISE), has been working in the student exchange industry for over 20 years. In addition to being a Regional Director with ISE, Rose has been a host family for numerous exchange students from around the world over the past 13 years. We…

25 Oct: Exchange Students Find Their Niche in the NEPA Community

“They come from around the world and they all share a common desire: Soak up as much of the American experience as possible. Then, they return home and they become ambassadors of sorts, maintaining lifelong connections to a country that they admire and people that they come to love. In… 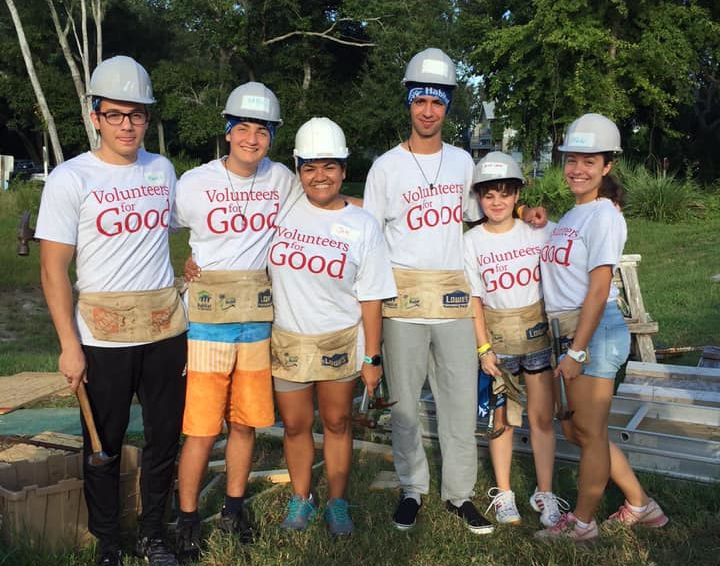 When it comes to educating the leaders of tomorrow, reinforcing the value of service and volunteerism is incredibly important. For our high school exchange students, volunteering is not simply about checking off a program requirement. It’s about personal development, giving back to the hosting community, and building meaningful and lasting…